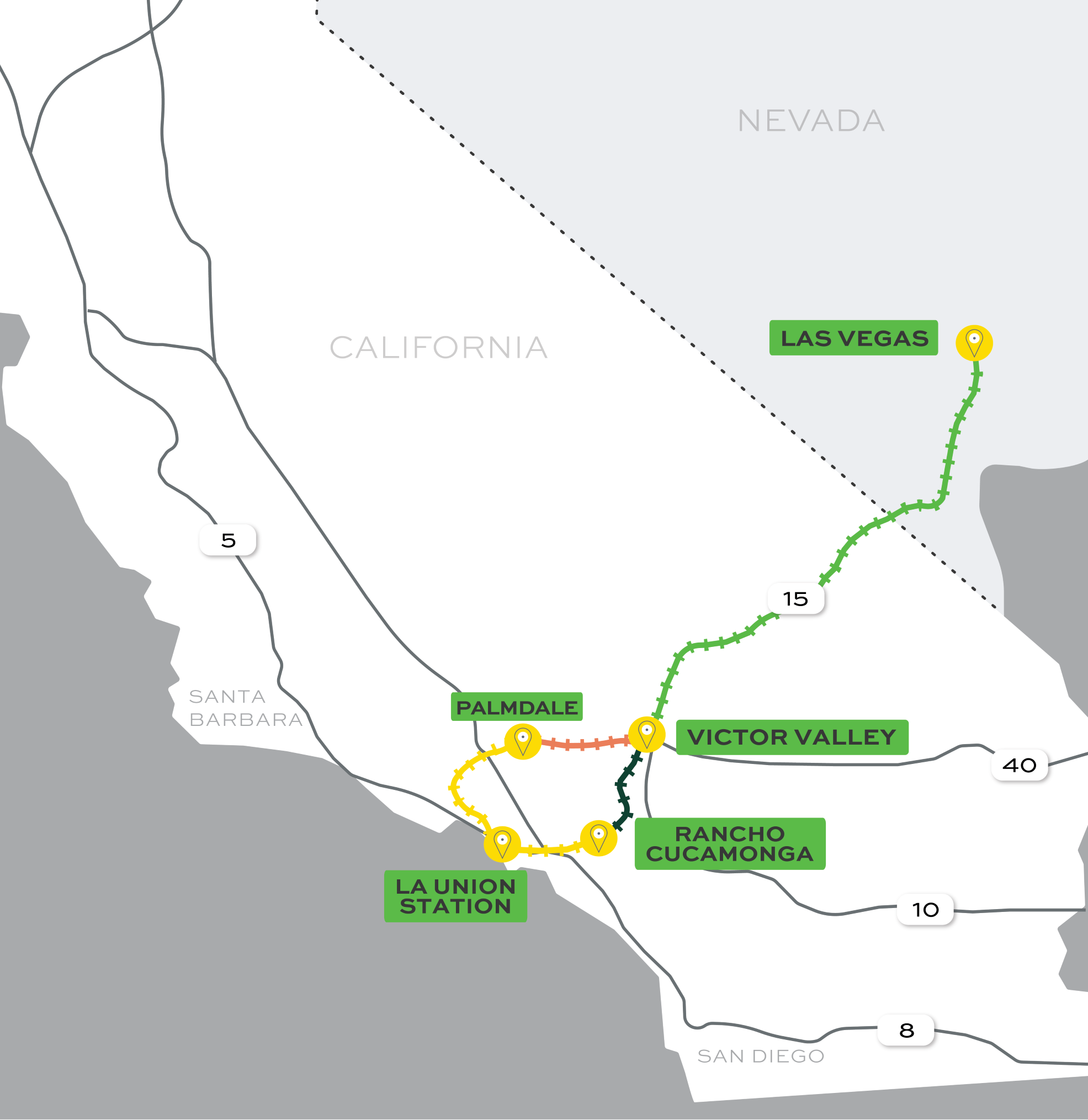 Brightline West is a high-speed rail system designed to take cars off the road and offer millions of travelers an eco-friendly way to travel between Los Angeles, one of the country’s largest cities, and Las Vegas, the entertainment capital of the world.

Our fully electric, zero emission trains will reach speeds of up to 200 miles per hour. Expected travel time between LA and Las Vegas is approximately three hours – twice as fast as driving.

The Latest News and Information

Economic Impact:
$9B+ economic impact
$1B+ in tax revenue

Environmental Impact:
Brightline West will also introduce one of the most eco-friendly, sustainable ways to travel, with zero emission electric trains resulting in 400,000 tons of CO2 removed annually and 3M+ cars removed annually.